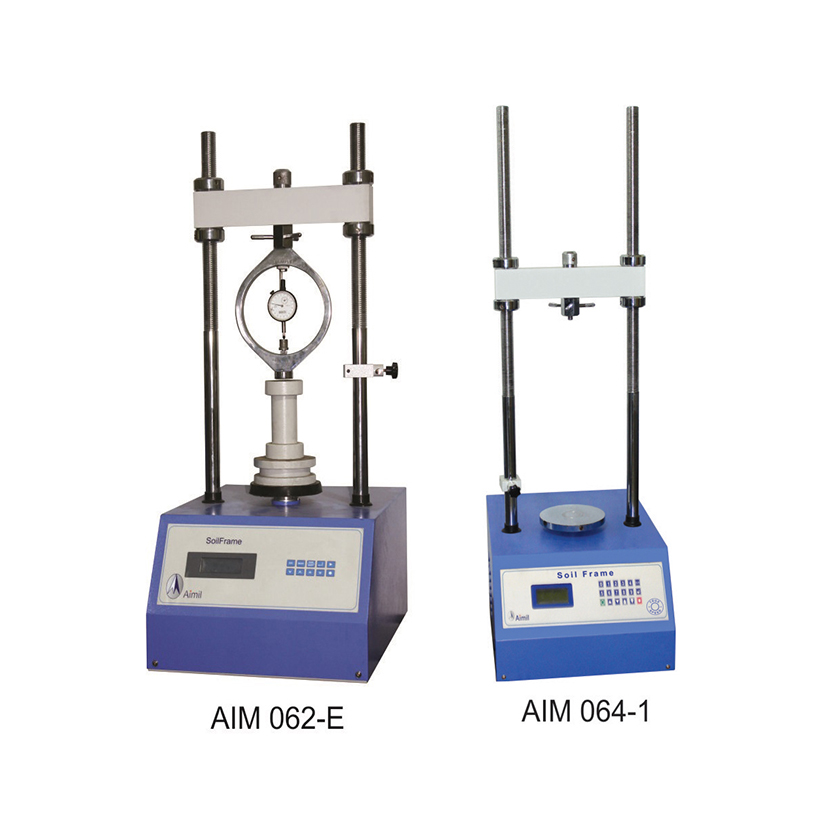 The limitation of speed drops in the older load frames with increase in load is now removed, giving higher accuracy in tests like CBR, UCS and Triaxial and other routine tests.

This frame represents the most economical option with the true speed feature. It is able to perform tests such as CBR/ UCS while maintaining higher accuracy levels as compared to traditional frames.

The 34 speed load frame represents a significant upgrade to the traditional 30 speed load frames which have cumbersome systems and have load drops. The 34 speed Soil Frame ensures speed drops within 5% of displacement rate for 34 fixed speeds in a large useable range suitable for most soil testing applications.

SEND ENQUIRY
REQUEST A QUOTE
GET A PRICE