Remote static and dynamic monitoring with an accelerometer to mitigate large external vibrations.

An advanced microwave interferometry based system for remote static and dynamic monitoring, IBIS-FS Plus inferometric radar is used on bridges and other structures including buildings, historical monuments and towers. An accelerometer version of IBIS-FS, this radar mitigates the effect of large external vibration sources on results.

In static, the IBIS-FS Plus is ideal for:

In dynamic, the IBIS-FS Plus is best used for:

In either state, the IBIS-FS Plus features:

Benefits of the IBIS-FS Plus include:

IBIS Surveyor includes a special tool for IBIS-FS Plus that enables acquisition of the built-in accelerometer’s data to correct for the ground vibrations transmitted via the system’s tripod.

The IBIS Surveyor software is specifically developed to process the raw files generated during measurement sessions by IBIS-FS  and IBIS FS Plus. The software is equipped with a complete set of features for the static and dynamic evaluation of the overall structural displacement.

Static information that can be obtained include:

Processing of IBIS-FS and IBIS-FS Plus data also includes basic dynamic structural analysis tools to identify the resonance frequencies and modal shapes of the monitored structures.

This information can lead to a complete Structural Health Monitoring system for a structure. 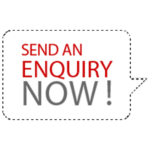